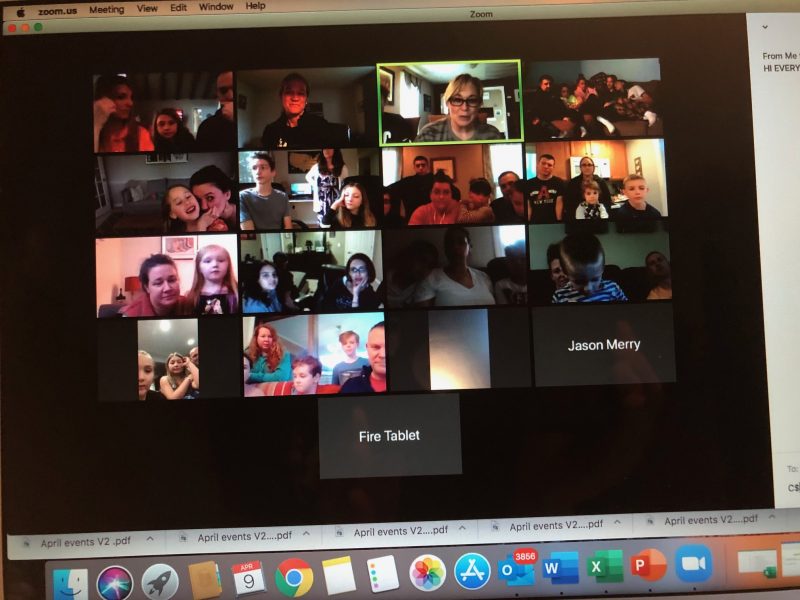 Some items were easy to find. Like a bar of soap, a light bulb, and our favorite, a Heroes In Transition (HIT) T-shirt.

Other items, like a 1997 dime, a 2000 nickel and three rolls of toilet paper (given the current climate), were a little more difficult.

In all, 16 military families from as near as Mashpee and as far away as Mobile, Alabama, were tasked with finding 50 items in their homes as part of a virtual scavenger hunt held earlier this month.

Organized by Heroes In Transition Family Coordinators Casey and Aaron Van Huysen, the event was a way to give families a fun-filled afternoon that provided some much-needed distraction in the midst of the pandemic.

“They had a blast,” said Aaron. “The moms were trying to control the kids and the kids were running around like crazy… It was just really great to see.”

One Coast Guard father said he hadn’t seen his children run that fast in weeks.

The reaction of the kids could be summed up by one who told us that she “had so much fun. I can’t thank you enough.”

The virtual meetup allowed “us to bring military families together and let them know we haven’t forgotten them,” said Aaron. “This wasn’t just us calling them up on Zoom. There was more to it than that.”

Each item the Van Huysens put on the scavenger hunt list had a purpose to it. The coins with specific years? It was a way to rope in the dads.

Blank pieces of paper and a menu from their favorite pizza place? It was for the last task of the night which ended up being a surprise gift for all who participated.

Families were asked to write thank you cards to local restaurants – Wildfire Pizza in Mashpee, Pizza Guyz in Mashpee, Two Brothers Pizza in Sandwich, Supreme Pizza in Falmouth, and more – that would be delivering free pizzas to them the next evening, courtesy of Heroes In Transition.

While it was a way for us to support our military families, it was also way for all involved to collectively thank several small businesses in the community “that are still working,” said Aaron. “We appreciate them and we want to make sure they know Heroes In Transition and our military families are thinking of them at this time.”

The scavenger hunt was such a success that the Van Huysens are already looking forward to their second virtual event this Friday – a Disney- and superhero-themed trivia night. Military families interested in participating should email families@heroesintransition.org. 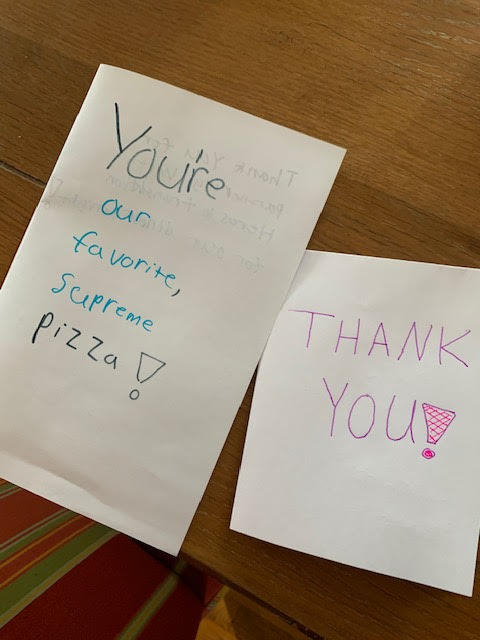