Skip to content
Register for the Gala DONATE NOW 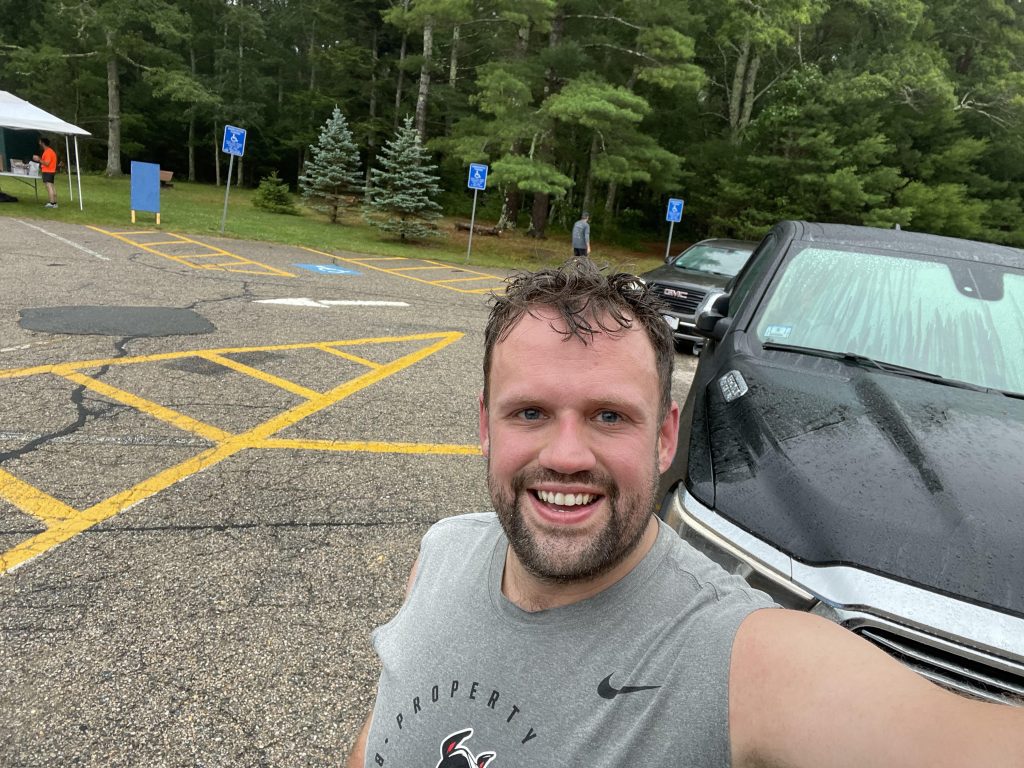 When Russ runs this Sunday’s Falmouth Road Race for Heroes In Transition, the pair won’t be far from his thoughts. “Heroes is a great cause and incredibly meaningful, especially for my dad,” Russ said. “He always did whatever he could to help veterans so I know this has special meaning for him.”

Not only did his parents instill a sense of pride in supporting veterans-related causes like Heroes In Transition, but they passed on their love of running to him. Russ ran his first Falmouth Road Race in 2012 with his mother; this weekend will be his sixth road race, the second straight with Team HIT.

“My mom got me into running. I always think of her when I’m running,” he said. “And my dad was a runner. He ran the Boston Marathon, including the year of the bombing at the finish line.”

As for the sport, he said, “it Is very meditative to me. I’m not one of those folks who run with music. I often sit at a computer for work so being able to be in nature and feel in tune in myself is very meditative and very peaceful for me.”

He began running in 2010. His first ever race was the Screech at the Beach, a 5K held annually at New Seabury every Halloween. Having grown up on the Cape – Russ lives in Mashpee – he had long wanted to run the Falmouth Road Race.

Crossing the finish line in 2012 was a thrill for the Cape native. “Getting to be a part of it and run with my family was something special,” he said. “I look forward to it every year.”

Last year, he did so virtually. It was the first time he ran the race to support Heroes In Transition.

While running the race is always a rewarding experience, Russ said, being able to do it while raising funds for a nonprofit like ours makes it all the more meaningful. “It gives you so much more motivation knowing it is going to help an important cause,” he said. “With my parents’ service, it is incredibly personal and meaningful. Growing up in a military family, I was always proud to be an Army brat. …It was a real source of pride and a source of strength and a source of hope.”

On Sunday, he will draw on those emotions – pride, strength, and hope – for inspiration as he makes his way from Woods Hole to the finish line in Falmouth Heights. Along the 7.2-mile course, he’ll be thinking of his parents and running to honor them and the sacrifices they made for our country.

Register for the Gala