Reisbergs Run to Honor an Uncle They Never Met 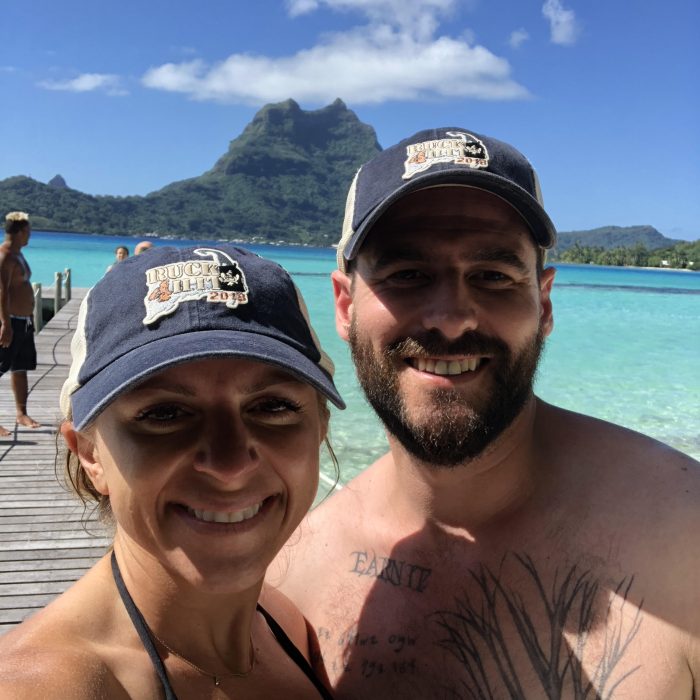 When Alec Reisberg was stationed at 29 Palms in California, he was a forward observer where he occasionally had the opportunity to talk to helicopter and jet pilots from the air traffic control tower. A Marine, Alec was there during the same time that Captain Eric Jones was.

“There is a distinct possibility I got to speak to him,” Alec said. “We were there at the same time doing similar jobs. I remember his call sign Jethro. Each pilot has a different voice and I guess he had a memorable voice.”

Fast forward to May 2017 – nearly eight years after Eric Jones lost his life in a helicopter crash in Afghanistan – and Alec, who lives in Fullerton, California, found himself on Cape Cod in the midst of torrential downpours, captaining his first Ruck4HIT team.

At the end of that race, Alec walked up to Eric’s mother, Cyndy, and gave her a huge hug.

“From the first time I talked to Cyndy, she and Nicole [Spencer] are an amazing team,” Alec said of our founder and our executive director. “When I first started to speak to them, you kind of feel there is something special there. Getting out there and doing the ruck that first year kind of solidified it for me. This is an amazing cause and even more amazing people we’re doing this for.” 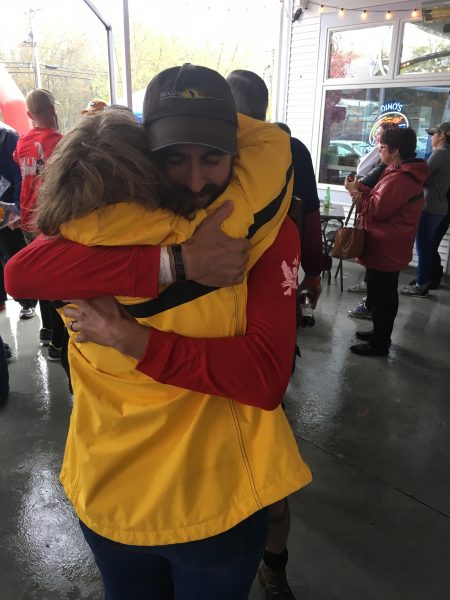 Alec has since competed in the Ruck4HIT in 2018 and 2019. This weekend, Alec will continue his support for Heroes In Transition from the West Coast. He will be joined by his wife Nicole who is participating in the event for the first time.

The couple, who have been together since 2012 and were married two years later, have strong ties to the military. Alec served from May 2006 to June 2013 which included two deployments to Iraq with the 3rd Battalion, 7th Marines.

Nicole’s grandfather served in World War II and her Uncle Bill was a Marine Corporal who was killed in action while serving in Vietnam, just two days after he turned 20.

Over the next three days, Nicole will be running in honor of her uncle. “He died there two weeks before he was supposed to come home on December 29, 1967,” she said.

Nicole’s father, Jim Petrossi, was 11 when he lost his older brother. “I know my dad says he thinks about him every day,” she said. “I still think it’s difficult for him. He doesn’t talk about his life too much. Him only being 11, he definitely looked up to him.” 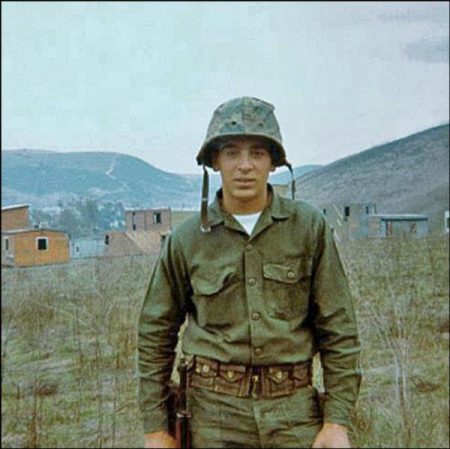 From a fellow Marine that he only talked to, but never met to an uncle that she never met, both Alec and Nicole will have plenty of motivation as they set out on hikes, runs, and walks around their Fullerton neighborhood, some with their three children Lillian, 5, Thomas, 3, and six-month-old Gina in tow.

Recently, Nicole had a conversation where she was asked if she could talk to anyone dead or alive, who would it be. “Everyone was answering with famous people and presidents,” she said. “I immediately thought of my uncle. I think participating in this is a way for me to feel connected to him in my life. There’s no way for me to know what he experienced, but just to push myself and challenge myself in his honor is a special thing. And I know it would mean a lot to my dad to bring awareness to his life.”

And together the Reisbergs will be raising much-needed funds for programs that support service members transitioning to civilian life.

“I’ve learned how difficult it can be to be deployed and come back and adjust to becoming a civilian,” Nicole said. “I’m definitely grateful that Alec and I got together at the end of his time in the military. I can’t imagine how difficult it is for wives and their children whose dad and husband are away and serving.”

Unfortunately, Alec said, there’s not enough support for our military, making organizations like ours essential to individuals who are serving and have served. “It’s a shame that Heroes has to exist and a shame that a lot of these nonprofits have to exist, not only because most were started in memory of someone, but because they are created to fill a gap,” Alec said. “It is a gap left by the military and the VA. What Heroes does on so many different levels, they do so many things that are really able to facilitate a successful transition out of the military. …That is why Heroes is so important.”