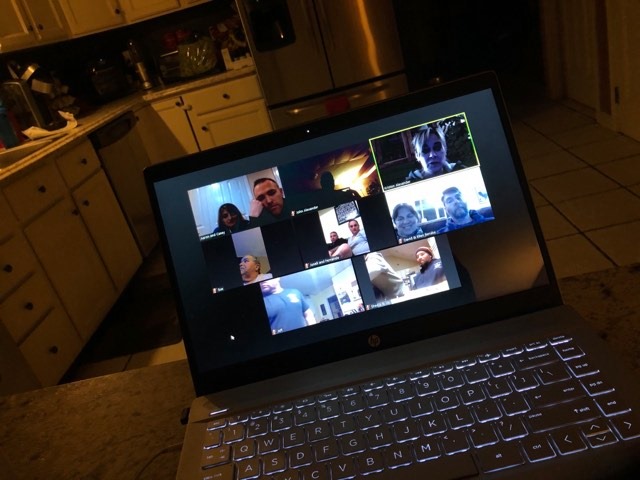 “We checked in with each other,” said Heroes Couples Group Facilitator Kristen Alexander who organized the meetup with her husband John. “We shared the positive of what was coming out of this and shared tips on how to manage the unknown.”

The session was held in response to the current COVID-19 pandemic. All upcoming Heroes events in March, including our Spring Couples Retreat originally scheduled for the first weekend in April, have been postponed.

Despite the impact the pandemic is having on our country, the group was able to turn a negative into a positive through the use of technology. “Keeping everybody together sends such a powerful message,” said HIT President Cyndy Jones. 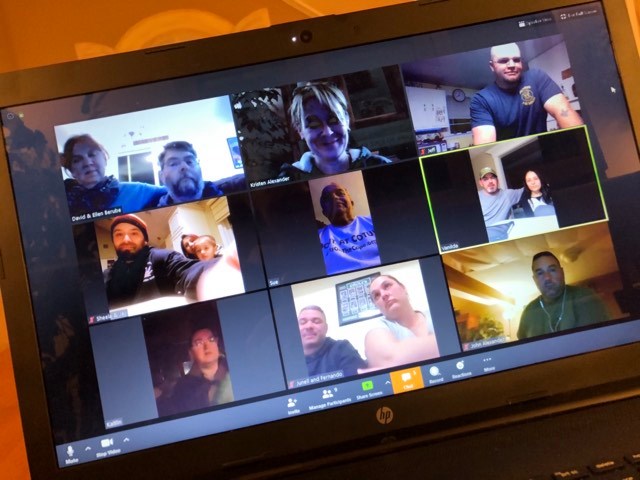 During their time together, the couples talked about a range of topics, from games they can play with their families while quarantined to how the current situation will impact VA benefits.

“It was really amazing,” Kristen said. “They were so happy to be there and I told them they were now part of history: our very first HIT Couples Virtual Hangout!”

The meeting was such a success that the couples agreed to make it a weekly event.

Heroes Executive Director Nicole Spencer said the goal is to not only add new couples to these virtual meetings, but add separate ones for military families, veterans, and spouses, depending on interest. “This is such a great way for them to stay connected during this difficult time,” Spencer said. “This is definitely something we can use with everyone we serve.”

Anyone interested in taking part in a future meetup should email contact@heroesintransition.org.