HIT Excited to Welcome Cynthia Lareau to Board 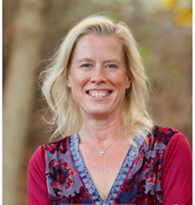 Cynthia Lareau of Brewster, a former trial attorney and staff judge advocate for the U.S. Navy Judge Advocate General’s (JAG) Corps, is bringing more than 25 years of legal and business operations expertise to Heroes In Transition’s (HIT) Board of Directors.

“Cindy brings a real passion for our work and giving back to people who serve and have served our country and their families,” said Executive Director Nicole Spencer. “Her experience in the Navy adds a layer of understanding of what our service members and their families go through and why it’s so critical to support them in making the transition to civilian life.”

Originally from Minnesota, Lareau earned her bachelor’s degree in English and management from Hamline University in St. Paul, where she also went to law school. After receiving her juris doctorate in 1994, Lareau spent four years in the JAG Corps where she litigated criminal trials her first three years and served as the legal counsel to the Naval Station Great Lakes in Chicago, Illinois, her last one.

“Once I was in the Navy, it became meaningful for me, working with service members who were on active duty,” she said. “I came out of my time there feeling the most impactful feeling, like I had done something meaningful and important and proud that I had served my country.”

Following her stint in the Navy, Lareau has utilized her legal skills, knowledge, and talents at several private corporations throughout the country. She spent six years as the director of legal services for Accenture LLP before joining Boston Consulting Group in 2018 as its associate general counsel.

She is currently a senior director at Cognizant Technologies in Boston where she serves as an advisor in contracting strategies and client negotiations.

Along with joining its Board of Directors, Lareau is captaining a team for HIT’s Not Your Ordinary Ruck4HIT Challenge Weekend which kicks off on April 30. She will be joined by her son Ryan who is graduating from Vanderbilt University in May and is becoming a Navy pilot as well as her daughter Isabelle who attended West Point for two years and is currently a student at the University of Maryland. Lareau’s youngest son Calvin, a junior at Milton Academy, will also be participating on her Ruck4HIT team.

Lareau’s ties to the military extend to her niece who graduated from the United States Naval Academy and her nephew who is a helicopter pilot in the Army.