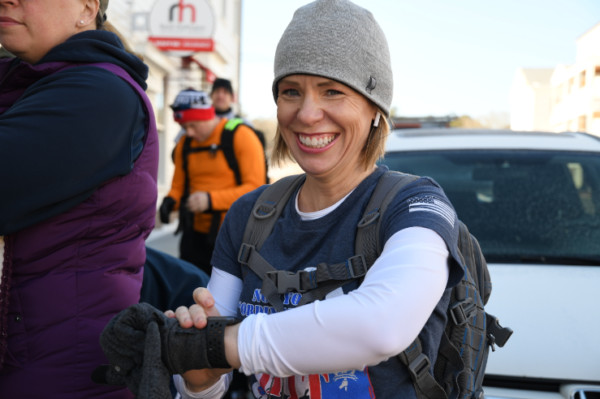 The phrase “Honoring Our Fallen” is etched on a patch on the back of Dana Evonuk’s rucksack. In the middle is a Coast Guard helicopter with the names of four Coast Guardsmen – Lieutenant Commander Dale Taylor, Lieutenant Junior Grade Thomas Cameron, Chief Petty Officer Fernando Jorge, and Petty Officer Third Class Andrew Knight – listed underneath.

When Dana puts on her rucksack early Friday morning, she will be doing so to honor them. They died on February 28, 2012 when their Coast Guard helicopter, CG6535, went down during a training flight in Mobile, Alabama.

“Dale was such an inspiration. The kind of guy that would light up a room when he walked in,” Dana said. “He inspired a lot of people to continue giving back to their communities.”

This weekend, Dana will do just that when she runs her first Ruck4HIT. She was motivated to do so after seeing a rucker during last year’s Ruck4HIT as he made his way down historic Route 6A. “I was so inspired by his dedication and knew he was doing something pretty amazing,” Dana said. “I knew when I saw that rucker, I wanted to be a part of this and give back in some way.” 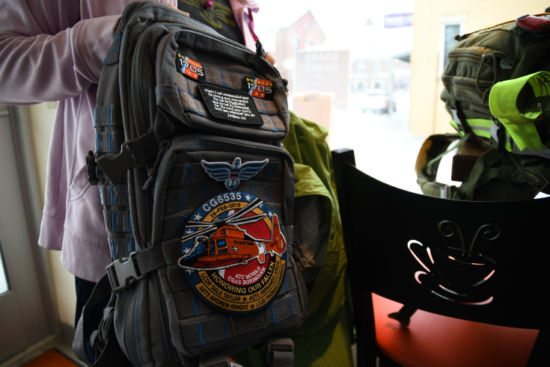 As captain of team United In Service, she has organized a variety of fundraisers, from a pizza night at Graziella’s in Sandwich to helping her children set up a lemonade stand at Off the Grid in Sandwich, to raise awareness and funds to support our work.

She has committed herself to this year’s Ruck4HIT because she understands the important role organizations like ours have in the life of military families. Over the past 20 years, she and her husband have moved 10 times throughout the country. “Having kids adds a new challenge because you have to find new schools and new programs everywhere you move,” she said. “With every move, I remind myself how much my husband loves his job, and that he has a job where he gets to serve others which makes him happy.”

The patch on her rucksack serves as a reminder that it’s a job that comes with inherent risks. “As a military spouse, we know it could happen to any one of us,” she said. “These men and women put their lives on the line for each of us every day. They are willing to risk that for all of us… Any one of us could get that phone call or knock on the door.”

And so, on the first weekend in May, Dana will put on a rucksack and set out to run roughly 30 miles across Cape Cod over the course of 36 hours. It’s her way of remembering the sacrifice Dale Taylor made for his country, and honoring his friends and family, including his wife Teresa and two sons, that he left behind.

“Doing these [Saturday] trainings, I definitely know I can do it,” she said. “I keep reminding myself of the why; why I’m doing it. I know God will see me through it. I think he put it on my heart for a reason — to raise awareness for Heroes In Transition’s mission.”

Look for Dana and her team on the race course this Friday and Saturday, wearing orange shirts. You can support them by clicking this link. 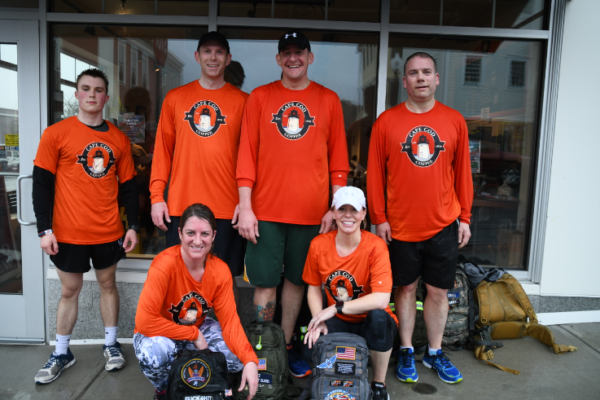