Heroes In Transition’s (HIT) 5th Annual Ruck4HIT may still be seven weeks away, but the business community is already stepping up to show its support of the relay race in creative ways.

“Yes, we have a number of businesses signing on as sponsors, but we also have others opening their doors for info sessions, trainings, and fundraisers,” said Ruck4HIT Co-organizer Steve Spencer. “It’s been incredibly inspiring to see the business community rally around this event and find ways to support people who will be testing themselves physically and mentally over the course of 36 hours.”

Started in 2016, the Ruck4HIT is an intense relay race that takes place over the course of two days and passes through every town on Cape Cod. This year’s iteration will start shortly after midnight on Friday, May 1 at the Courtyard Restaurant & Pub in Bourne and end on Saturday, May 2 at Cape Cod Coffee Café in Mashpee Commons.

Funds raised from the race go to benefit Heroes In Transition’s work which supports veterans, active duty military, and military families throughout the region. 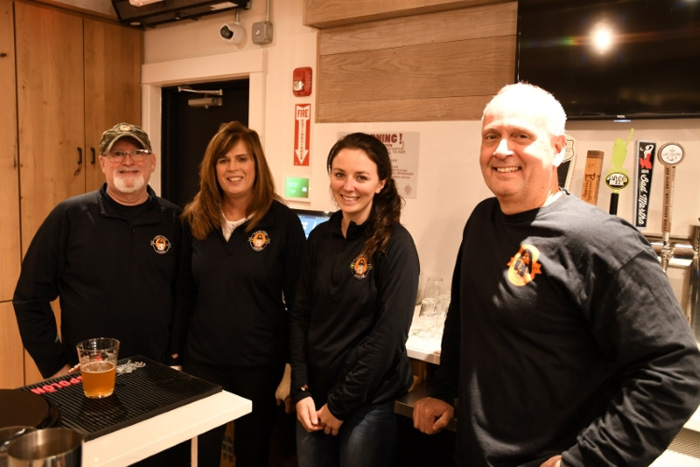 Over the past three months, Cape Cod Coffee Café has hosted Saturday morning runs for those participating or interested in participating in the Ruck4HIT. “They have been a wonderful addition to the race since 2017 when they signed on as our coffee sponsor,” HIT Executive Director Nicole Spencer said. “Cape Cod Coffee does so much for our organization, from providing coffee to runners, drivers, and volunteers in the middle of the night during the race to hosting Ruck4HIT info sessions to the public.”

From Sponsor to Ruck4HIT Team

In 2019, RideAway Adventures served as a sponsor for the race. This year, the Sandwich-based outdoor adventure company deepened its commitment by forming a team. Owner Michael Morrison was inspired to do so after his company’s Sandwich Manager, Wayne MacDonald, a Marine veteran, completed the race for the first time last year.

“We’re huge into supporting local charities,” Morrison said. “The fact that this is a Cape-based nonprofit and we can do this as a team and support them is exciting. And to have someone on our staff who served in the military and is so invested in this charity makes it even more special.”

Megan Carroll of East Falmouth, the director of membership for Anytime Fitness, said the training sessions are “a great way to give back to this cause and bring awareness to Heroes In Transition’s work… We started this last year, once a week, to incorporate things people need – the muscle groups they should be working – to help them be better prepared for the race.”

Then there are businesses like Liam Maguire’s Irish Pub in Falmouth and Mahoney’s on Main in Buzzards Bay. Last year, Team Sham-Ruck, one of last year’s Ruck4HIT teams, worked with Liam’s to organize a fundraiser that allowed patrons to donate to the race and personalize a dog tag in honor of a veteran or a service member. The restaurant will be organizing a similar St. Patrick’s Day fundraiser this month.

Mahoney’s on Main will be hosting a fundraiser for one of this year’s teams, Major Cluster Ruck, on Sunday, March 22, noon-4 pm, that is open to the public.

“There are so many ways local business owners have gotten involved in this race over the years,” said Steve Spencer. “It’s a testament to how much they care about giving back and supporting the great work that Heroes does.”

Companies interested in serving as a sponsor should email contact@heroesintransition.org.

The deadline to sign up as a sponsor is Wednesday, April 1.