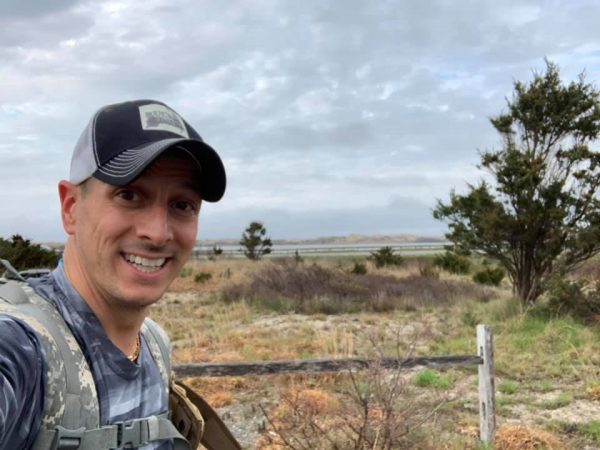 Ryan Stoddard has strong ties to the military. Both of his grandfathers served in the Army, one of whom fought in World War II. His uncle as well as his father Jim are Vietnam War veterans, having also served in the Army.

The thought of following in their footsteps and enlisting is something that always lingered in the back of his mind, but as Ryan crept closer to 40, he started to think it was too late. That changed when Josh Avery, his former coworker at Emerson Hospital in Concord, introduced Ryan to Army Captain Brian Calandra.

Both Josh and Ryan had volunteered as physical therapists during our Ruck4HIT in 2017, supporting runners as they ran the first iteration of the race on Cape Cod. Josh and Brian attended Northeastern University and the pair were teammates on the Huskies’ wrestling team.

In 2018, Josh, Brian, and Ryan ran together with RuckHabilitation, a team that has participated in the Ruck4HIT every year since then.

“I remember saying to Brian, ‘Man, I wish I could do what you’re doing. You’re living the dream,’” Ryan said. “He told me I could do it. I thought I was too old, but he said, ‘No, you’re in good shape and you have all the credentials the Army needs. See if they will sign you up on a waiver.’ So I did and I passed with flying colors.”

Ryan, who was commissioned two years ago at the age of 41, is currently serving as a captain in the Army Reserves with the 451st Medical Detachment in Worcester. He balances that with his full-time job at Newton-Wellesley Hospital where he is the supervisor of outpatient rehab.

“I’ve always been involved in giving back and wanting to help out in the community,” Ryan said of the reason he enlisted. “I always want to do more. It’s all about how I can really serve my community.”

It’s that attitude he has brought to the Army. And it’s that attitude he will bring to Mashpee, where his parents have a home and where he will compete in his fourth straight Ruck4HIT next weekend. Last September, Ryan and his RuckHabilitation teammates rucked for 18 hours a day for three straight days along Minuteman Trail.

This year, the team will be rucking out of Heritage Park in Mashpee alongside several other Ruck4HIT teams. 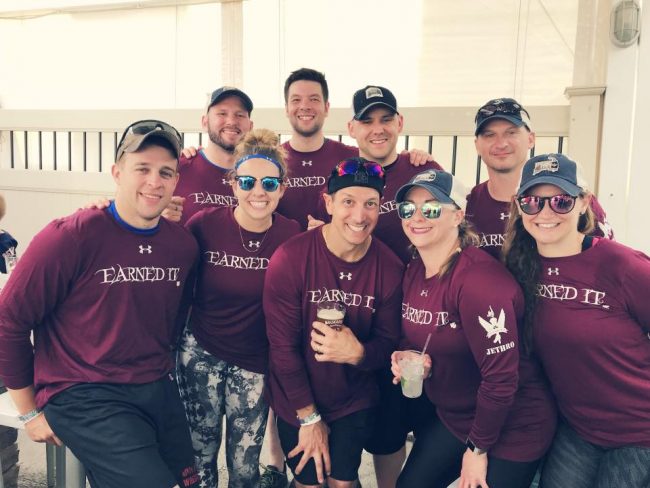 Ryan, who lives in Clinton with his wife Donna, their daughter Reilly and their three English pointers, talked about his passion for participating in the race. “When I first heard Cyndy [Jones] talk about how everything went down with Eric, it really struck a chord on a personal level,” he said. “Knowing the real story about real people who started this organization and the sacrifices that were made, it isn’t more real than that. Meeting Eric’s family and friends and the places he lived and visited, you want to do more and have to do more.”

It’s why the race’s mantra – We ruck for those who can’t – is so significant. “The truth is, when you’re having a really bad day or you’re running uphill in 40 degree pouring rain with 30 pounds on your back and you have ruck rash and blisters, you think for one second how great your life is and why it’s so good,” Ryan said. “It’s because of the sacrifices other people made. It puts everything in perspective. I love that reality check when you realize that you have such a charmed life. It’s forcing you to remember everyone who has sacrificed so much more.”